If you have a couple of minutes, here’s my story: 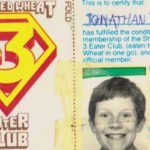 was good at writing, speaking and art, but nothing academic, and I imagine the teachers saw me as lazy and/or stupid. At secondary school I became aware of this; I had lots of friends, but this was the point where fear appeared. The fear of failure, of getting things wrong.

I moved to London to study, and fear faded – I made new friends and enjoyed the anonymity afforded by the city. I got a design qualification and then a job as a video game designer, for which I was required to draw and write a lot. I mastered the sarcastic email. 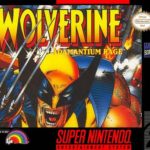 beginning of my games adventure, I started doing the most terrifying and exciting thing in the world: stand-up comedy. Anyone can start doing stand-up, there’s no entrance exam – you just phone up a try-out night promoter and ask to perform. London has a lot of comedy clubs.

I had no gift for performance, but I was determined. I learnt to write, to ring for gigs, and I filled my year planner with bookings. I met a lot of weird and friendly people. When performing, I tried different personas, and eventually found my voice. You’d describe a stand-up comic as extroverted, right? Everyone is a mixture of both, but I’d say that comics are mostly introverted: although at home on- 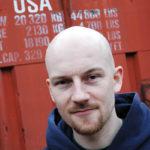 stage, feeding off the audience, they spend most of their time alone: writing, rehearsing and travelling.

After ten years of performing in my own time, I went full-time for two years. It was an amazing time; I performed across the country (driving from South London to Manchester and back in a night was normal) and even abroad in Berlin and Bahrain. I worked with people like Jimmy Carr and John Oliver, and raised my game significantly. I ran my own comedy night for a short time and learnt the art of compering.

The few bad gigs I had were usually where friends were in the audience; much later I realised that I felt they could see through the pret

ence of my on-stage persona, and knew I wasn’t really as smart as I’d come across. I ‘died’ a few times, but I found the resolve to recover pretty quickly and get excited about my next gig.

I got a massive buzz from performing; it’s like nothing else I’ve ever experienced and something which you can certainly get hooked on. I did.

Overall I did about 400 gigs (I stopped counting after 300), during which time I learnt how to:

ay I realised that I’d stopped progressing, and my childhood fear returned, cold and unsettling: I wasn’t going to be a comedy star like I’d hoped, and all that time had been wasted*. I returned to video games with a new job at Sony Cambridge, moving to Ely with my girlfriend to start a family. Although I’d never lived here before, it felt familiar. My parents met here while at university, and I’d visited plenty of times as a child. Fear fell away again.

While working in games I gave a lot of well-received pitches and presentations and saw a lot of bad ones. It soon became clear to me that most people in the industry were deeply afraid of giving presentations, which

made their audiences uncomfortable. But as a stand-up comic I’d learnt all the best ways to fix this problem, so after five years I thought I’d have a go at doing precisely that. I left the games industry and started doing the second most terrifying and exciting thing in the world: starting your own business.

* So at this point I was able to capitlaise on everything I’d learnt as a stand-up. What a lovely turn of events.

Now I’m teaching people in all industries (although I really enjoy the video games and tech companies the most) how to give presentations with true confidence. I love working with the introverted because I experience both sides: I know how to capitalise on the power of introversion and enjoy the liberation of extraversion to tackle the fear of performing. It’s not about some blessed ability, only dedication. Everyone can apply that.

While happy to speak to an audience of any size, I still sometimes experience the fear I had as a child: of failure, of messing it all up. But now, as my business – and my children – start to grow, each experience helps me to disarm it. Sometimes fear still wakes me up in the middle of the night, trying to make me lose faith in myself. But I’m getting better at dealing with it.

I tell the people I coach what I know to be true from my own experience: that fear is a 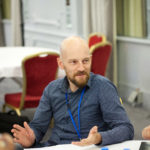 normal and necessary part of the speaking process, and you will never defeat it. Instead, you learn to accept it and use it, which is the point where it loses its power over you.

When I started my business I had a vision of everyone viewing presentations the way I do, the same way I used to view stand-up comedy gigs: as opportunities to have fun and create something unique. When one of my clients said that I make “public speaking a good-humoured challenge rather than an unpleasant necessity”, I knew I’d cracked it.

I’ve learnt the best secret there is, and I’m telling everyone.