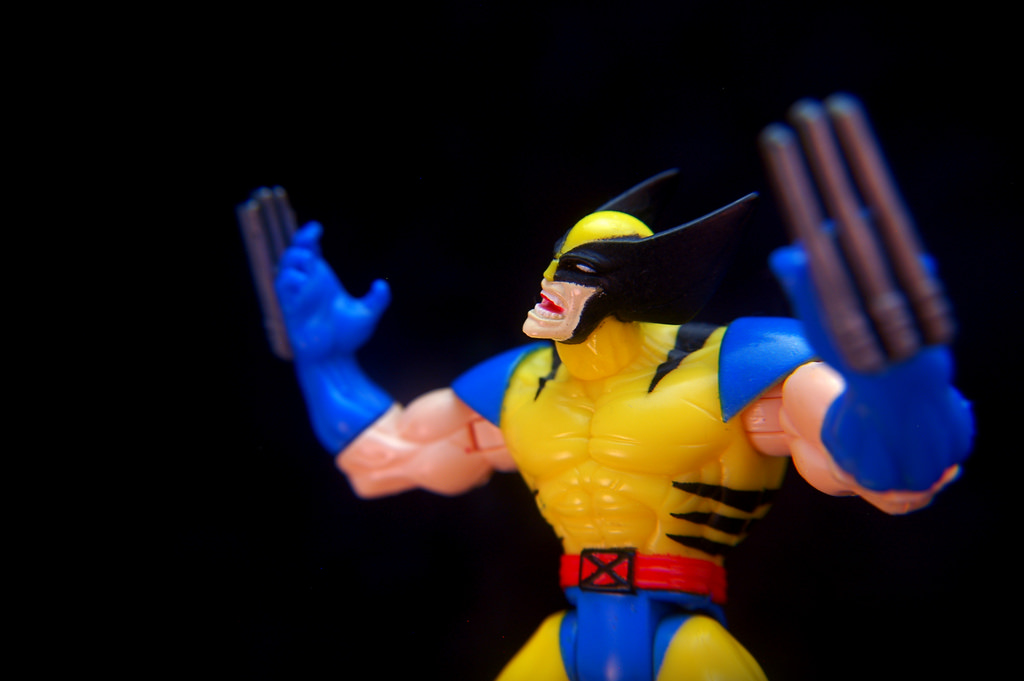 Here’s the trailer for the latest Wolverine* movie. This trailer, however, is not really like a trailer for a superhero movie at all. And that’s really a very good thing indeed.

* One of the X-Men, a superhero from Marvel, who also made the phenomenally successful Avengers, Iron Man and Spider-Man movies.

In terms of tone, it’s refreshingly dark. It has few special effects, little plot exposition, and a Johnny Cash soundtrack. Wolverine A.K.A. Logan (Huge Ackman) is scarred and bloody, so something’s up (his special power is healing (and huge metal claws)). Charles Xavier (Patrick Stewart) appears old and frail, and overall I think it has the feel of a Western. They appear to be living in a makeshift home in a deserted American town, not fighting in a city, like every other superhero movie (not that there’s anything wrong with that, of course).

It feels like the end of the line, for both of them. However, there’s a new character, a young girl, so a chance for a new story to start from this one. Wolverine/Logan looks troubled, pained and angry throughout (well, he smiles once). Grim and full of pathos. Oh yes.

That’s Great Jon, But What Can I Learn From This to Use in My Communication?

I think that there are 3 vital things to learn from the style and content of the Logan trailer:

You may have no interest in comic book superheroes, but their basis is interesting characters placed in conflict/peril, which is the essence of storytelling. So look and learn.

Build On What You Already Have